V IS FOR VALOR, AND FOR (SAINT) VALENTINE, A CHRISTIAN MARTYR WHOSE MARTYRDOM IS CELEBRATED ON FEB 14. NO GREATER LOVE. 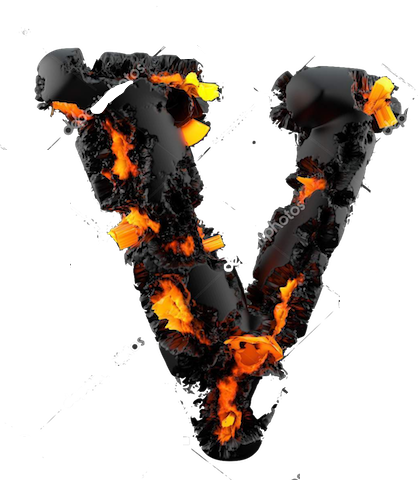 The Valangaverse is the best of both virtual and intentional community, both phenomena we hope will continue to grow concomitant with our innate desire as human beings to create communities governed not by bureaucracy but by love.
The Valangaverse Passport and Guidebook is designed to resemble a standard US passport in that it has 28 pages. It allows you to go anywhere in the valangaverse though. This makes it more wide ranging than any national passport, more like a galactic passport as it were. How should we go about building a galaxy of love out of a volcano of life?
V is for Vita, Vitality, Vim and Vigor and Virtue and Vice and Violence and Vengarse con Vendetta and Valor and Valient and Valentines and Vacation and Varcare con la Visa della Valanga.
Morgoth trolled the Valar to sow division.
This is one persons take on how space travel can change our perspective about geopolitics. There's an ad blocker so the article gets cut off, but it seems to be a good idea as far as it goes.
PADRONE OF THE PAGINA: PIER GIORGIO FRASSATI 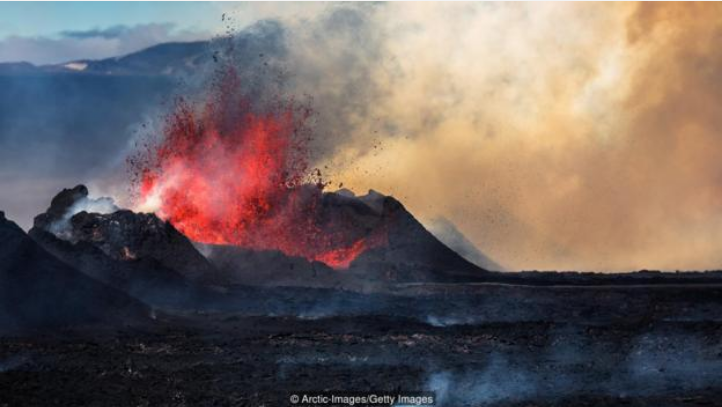 FIRE AND ICE FOR YOU! that's a volcano in Iceland

Did you think we forgot to publish Engelvine's End of year Encapsulation? NOO of course not!
All is normal and we will be resuming operations in another week or so.
The image above is from Klee, "Aviatic Evolution", Klee loved birds. 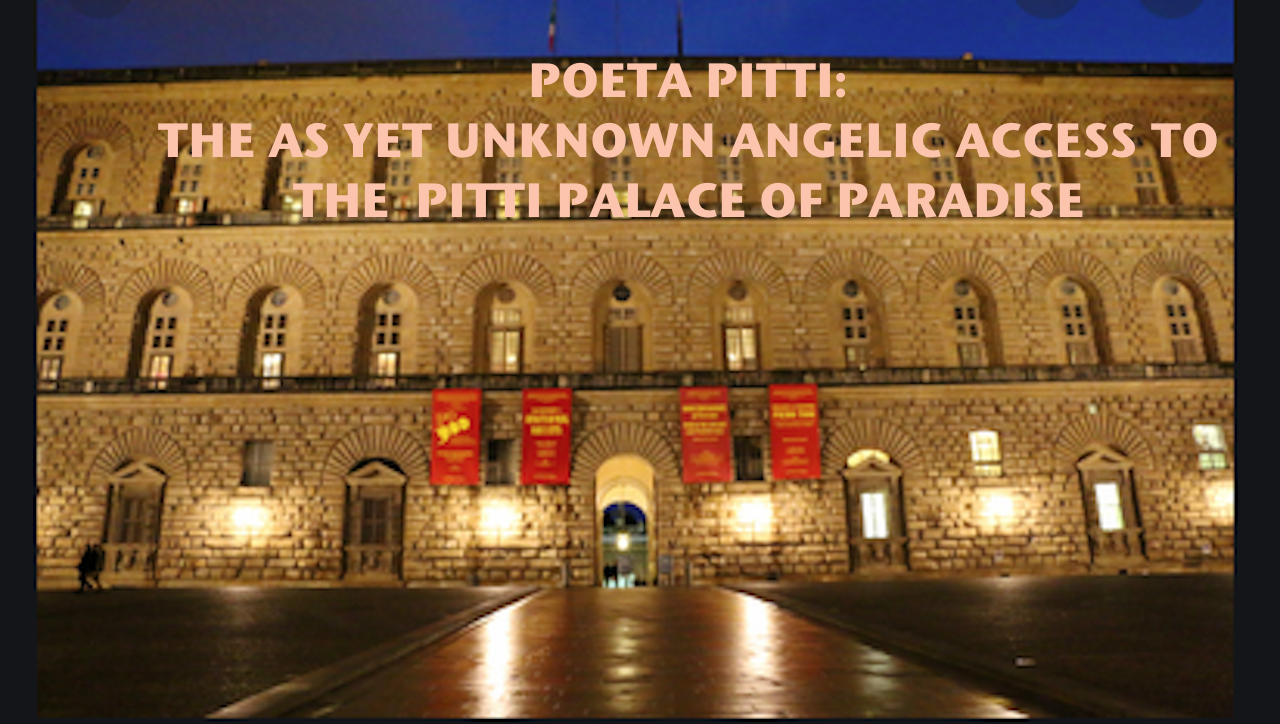 What happened to Monetine Mondiali? How did it morph into Leon's List and a list of other webpages that said "I'm the captain now" and proceeded down their own river?
Klee, "the sailor"

The origins of the Monetine Mondiali lie in the vapor rising off the arno river, where a war over worldly wealth and worship led to the destruction of de medici style dreams.
the fortunes of many fell in this fight, but From the ashes, phidippedes could be seen fleeing toward Marathon with a parchment of good news.

The Zuckerbergs and Winklevosses of the world, wrapped in their own wars, fail to understand the dream of so many, a worldwide crowdsourced currency that would not be owned by anyone, but instead would truly be a vehicle of justice, of Merced, or "mercy".
this currency we called the MONETINE MONDIALI.
But how to Protect the Pesos? Pumas? Paladins? Pandilleros?
More skirmishes soon followed.
The outcome of various volcanic eruptions turned out to be Engelblau College and Uriel University.
Monetine Mondiali retains its original significance.
It is meant to be a vehicle of good news and we hope that it shall be.

WELCOME TO THE VALANGA DI VITA COMPANY.
"mobilizing the vitality of goodness"

OUR MISSION IS GENERALLY THREEFOLD:
TO EDUCATE ANYONE WHO WANTS TO PARTICIPATE, TO HAPPINESS; (URIEL PROJECT)
TO HEAL THE MENTALLY DISTRESSED; (SKANDALON SK OLE)
AND TO PROTECT VICTIMS OF VIOLENCE (DAMIAN'S DOMAINS).

We are modifying our presentation to be accessible universally, and are experimenting with Komodo coding, which would allow people who are not members of Neocities to code as well.
It will take weeks and months however for new practices to be implemented.
For the present moment, if you are interested in participating in our project, visit the ESKANDALON SKOLE pages, and prepare to be scandalized.
If you are interested in the general university project, visit the URIEL UNIVERISTY PAGE found in the menu under EUCATASTROPHE.


FREQUENTLY ASKED QUESTIONS:
are you accredited by the distance learning commission? Answer: this is a goal we have, which we have not yet achieved.
We are preparing a universal entrance exam for the University which may contain approximately 400 questions, though it may remain on the honor system.
Q. Does employment with The Valanga di Vita exempt a debtor from student loans?
Answer: under the proper conditions, yes it would but this will take a long time to implement if the effort is successful in the end.
Moreover, in order to prevent fraud or exploitation of this company, we are preparing certain entrance requirements.
Since it is not our habit to require anything of anyone, it is very, very slow.
regarding the name valanga di vita what is frassati fandom? read about frassati on the internet.
Thinking about the Letter F.
The letter F is often associated with failing, but we believe fear is the foundation of all mental illness. and faithful friendship is the foundation of Freude, or Joy.
In fact one of the founders nearly failed a class in pharmacology for saying this.


Meanwhile, for guidance please refer to the Uriel page .
Engelfreundes can also join us in a novena to St Jude starting Saturday Oct 19. We heart it.
In fact we came together in the reverse manner: we met each other as common victims of violence, then together sought to eliminate the threats to our existence, and came up with education as the method.
We have since added "non violent resistance" to remind us all that vendetta while appealing to the emotions and commonly practiced in our society, tends to be the least favorable solution to a conflict.
Will non violent resistance work in our situation?
True to our phenomenological roots, we use our own experiences as the experiment. 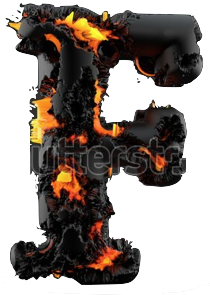 L IS FOR LISTEN

We can identify the phases of development.
THE CREATION THE FRIENDSHIP THE FALL THE REDEMPTION: VITA,VIGORE,EFFERVESCENCE, (VOLCANO),INVIDIA, VIOLATION, EVICTION, EVANGELIUM.
It is crucial to realize that we are building the city of God, wherever we happen to be, (cf Maximillian Kolbe who said, let them destroy Niepokelanow because it is in our hearts first and foremost)
and that we will be under attack (cf Ezra and Nehemiah.)
Why the attack? Because of the skandal. Let us begin.
The first phase is the phenomenon of reality,
followed by the skandalon of sin, shame (including and first of all according to the Eden story, sexual shame) suffering --
all of these which nobody wants to talk about and everyone is always passing the buck instead of confessing, that goes in the lynx part-- how F was forced to confess the sins of others.
After this we have the Skole, which is the education of the Eucharistic Heart of Christ,
and then we have the Eucatastrophe which is, the true meaning of all this, Hope and Mercy.
Or, if it is not this way, then there is no reason to exist.

WE NEED TO FIX THE NAV BAR..LAISSEZ PASSER A PARADISO, the VISA OF THE VALANGA.
Yes, with a LET PASS VALANGA VISA you can dream of going anywhere especially paradise, when the angels see your laissez passer they will grin and say COME ON IN!!!
If we can dream it, we can do it.
--CAN I JUST SAY IS THIS COOL OR WHAT???!! SO PROUD !!
Take the V flip it over you get an A for angel...with a crossbar, for added stability which is what I failed to do with the columns due to laziness and weariness.
O NO and if you think I'm holy, though the angel gave me the idea, he said, look how does that tall tree stay straight?
I said, the roots. He said, and that's what the columns need too.
but, I was too tired and sick of disassembling and reassembling the rocks over and over to make it right, so I did not put crossbars underneath.
Furthermore when I started I planned to build the stairs out huge and grand like a Godfather house.
But then I said, there won't be any money for the other thing.
And Jemmy, "you don't need to buy all that material, you can get all the material from right here.
And he showed me where to get it.
And as it happened, the skirmishes, then in August he gave me happiness and courage and when I ran out of energy, he said, just build the stairs as needed, don't make them grand and mobsterish. This way, you will succeed.
so anyway, the V is supported by the A and then we can't go wrong!!!!

VALANGA VIRTUAL NATION: the blueprint for our dream, citizenship in a virtual nation shared by angels.
could there be a safer, happier more peaceful and prosperous place than a country populated by good angels?
Most likely, no! As Santana says, the only passport would be LOVE.
Now that's a dream worth working for!!!!

The volcano brick idea could work but go slow. Remember two things: like pasolini said to Ferretti, if it's perfect, it's fake. So make mistakes, make mistakes. Don't worry.
And two, the dream doesn't become a reality overnight. capisti? TURN THE V UPSIDE DOWN AND YOU GET AN A FOR AUGUSTINE'S ANGELIC AZTEC ALBANIL: WE"RE BUILDING THE CITY OF GOD

Draft skandalon flier
Draft mission of valanga flier
we need fliers like this for all four areas that people can print out if they want.
That is, for the administration, for the skandalon, where we need to be more articulate about what a SCANDAL is for the undergrad and the University stuff.
We also really need to have a record of our doings

with minutes of meeting?
THIS IS A 501c3 EDUCATIONAL ORGANIZATION.
PUNTO ECONOMICO; CENTRAL POR LOS FEDERALES
For Federal budget info and other economic material we will be posting it to the Double U page as we are able.
Engelfreundes will find friendly info on the engelfreunde page, but if you dont' believe in angels the origins of the company might seem illogical to you.

V IS NOT FOR VENDETTA. V IS FOR VALANGA.
WE ARE HERE TO PROMOTE VOLCANIC GOODNESS, BUT IT TAKES A LONG TIME TO DO SO AND IT'S A LOT OF WORK.

TAKE THE ITALIAN QUIZNOW-YOU KNOW MORE THAN YOU THINK YOU DO!